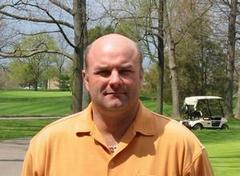 Brent has been with Edgewood since 1991

Brent is a graduate of Walled Lake Western HS in Walled Lake and attended Michigan State University where he was captain of the MSU golf team and won the 1990 Spartan Invitational.

Brent became a PGA professional in 1991 and has competed on the mini tours and in several Nike/Nationwide tour events. Brent has won several Michigan PGA golf events including the PGA Assistants championship two years in a row. Brent also qualified for the National Club Pro Championship in New Mexico in 2009. Brent is an avid outdoorsman and enjoys hunting and is an accomplished player and teacher of the game.